© The Author(s) 2021. Open Access This article is licensed under a Creative Commons Attribution 4.0 International License (https://creativecommons.org/licenses/by/4.0/), which permits unrestricted use, sharing, adaptation, distribution and reproduction in any medium or format, for any purpose, even commercially, as long as you give appropriate credit to the original author(s) and the source, provide a link to the Creative Commons license, and indicate if changes were made.

Rare diseases and orphan drugs represent an exciting and growing field at the conjunction of many disciplines of science, from basic chemistry, biology, and physiology to medicine, economics and social sciences. There is no single definition of rare diseases in different countries, but the consensus is that a disease is considered as “rare” when it affects less than 5 or 6 individuals per 10,000 persons. About 7000 different rare diseases have been identified so far, a majority (80%) being from genetic origin, and their number is constantly increasing, due to the progress of molecular diagnosis. Only a minority of rare diseases are curable nowadays. Around 75% of rare diseases affect children. Rare diseases present chronic and degenerative characteristics, and it is estimated that about 350 million people suffer from them, i.e., around 5% of the world population. Drugs developed for this specific population are referred to as “orphan drugs”.

Thanks to the progress of genomic techniques, more and more rare diseases have been linked to a monogenic mutation, but important challenges have yet to be overcome for the elucidation of complex multigenic disorders and of genetic variants of unknown significance (VUS). Moreover, a diagnostic delay of about 4.8 years still represents a damaging characteristic of rare diseases, causing suffering and decreasing treatment efficacy. Artificial intelligence, mainly through machine learning, represents a cutting-edge perspective in the field of data and image analysis, in particular for diagnostic.

The drastic increase in rare disease research and in orphan drug approval observed during the last 35 years has with no doubt benefited from government incentives, such as the United States Orphan Drug Act of 1983, the European Union Orphan Drug Legislation of year 2000, and the United States Rare Disease Act of 2002. As an illustration, the number of orphan drugs approved by FDA has grown from about 40 in 1983 to more than 400 nowadays.

Because rare diseases are mostly of genetic origin, knowledge in this field has been tremendously boosted by the exponential capacity of new generation sequencing, and the identification of gene candidates has provided natural targets for genetic drug candidates. Not surprisingly, rare diseases have paved the way for the fast pace of revolutionary precision medicine and advanced genetic biotherapies.

An exciting avenue is the use of pharmacological chaperones, which has shown great promises for cystic fibrosis. The advanced genetic biotherapies present a large variety. It is sometimes required to inhibit a toxic gene product (mRNA or protein), such as in transthyretin amyloidosis, for which antisense oligonucleotides and small interfering RNAs have proved successful after more than 20 years of intense effort in chemical modifications and delivery optimization. Another exciting small antisense oligonucleotide has been recently approved for spinal muscular atrophy, which is based on a revolutionary exon-skipping approach.

On the opposite, a pathological state caused by a loss of function due to genetic mutation or deletion can be compensated by enzyme or gene replacement therapy, with historical success initially obtained for the gene therapy of inborn errors of immunity and vision by using non-replicative viral vectors such as adeno-associated viruses or lentiviruses. Finally, gene/cell therapies such as CAR-T cells represent one of the most striking breakthroughs in cancer medicine.

Strikingly, all the above-mentioned technological breakthroughs have been initially obtained for rare diseases and are now in a position to be extended to diseases affecting a larger number of patients. It is worth mentioning that the universally used anti-cholesterol statins were initially developed to treat rare familial hypercholesterolemia, and that the very similar nanolipid particles “NLPs” which had originally been developed to deliver oligonucleotides or small interfering RNAs to treat transthyretin amyloidosis, have subsequently been used for the recent mRNA vaccines against COVID-19 and other viruses.

The cross-fertilization between rare and non-rare diseases can also be illustrated by the repositioning of drugs initially used or developed for common diseases, toward a new application in a specific rare disease. Examples are for instance the use of anticancer kinase inhibitors for the treatment of overgrowth syndrome, or the beta-blocker propranolol for proliferative infantile hemangiomas.

In addition to these advanced therapy and repositioning examples, there are other specificities of the rare disease and orphan drug research field, which renders this discipline so challenging. Importance of transnational registries, small cohorts, sometimes lack of placebo control, use of disease natural history to assess the medical benefit of a treatment, antenatal and neonatal diagnosis, fetus therapy, regulatory and ethical issues, socio-economic considerations, social integration and patients’ and family specific needs represent some of the most actual problems of modern medicine and of health systems. Finally, one must never forget the seminal role of patient advocacy organizations for the progress of rare disease research, and the fact that for these specific badly-known diseases the patient himself represents an unmissable source of information.

Rare Disease and Orphan Drugs Journal (RDODJ) will report on scientific advances on the genetics of rare diseases, the molecular basis of the pathologies, and translational research on diagnostic, prevention and treatment. In addition, RDODJ aims to provide a forum for scientific studies and discussions covering the important regulatory, socio-economic and human sciences issues related to rare diseases and orphan drugs.

We firmly expect RDODJ to promote the dissemination of research results and ideas to scientists, practitioners, and patient-advocacy organizations, and to contribute to the urgent advancement of knowledge and therapies in this rapidly growing interdisciplinary field where imagination is flourishing, making it so challenging and attractive, and so promising to patients and their families.

The author contributed solely to the article.

The author declared that there are no conflicts of interest. 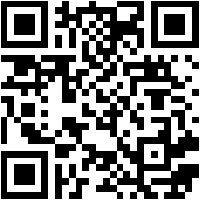